Apparently, the fraud was uncovered when the EFCC started investigating
how INEC officials in Rivers, Delta and Akwa Ibom states received
N675.1m. 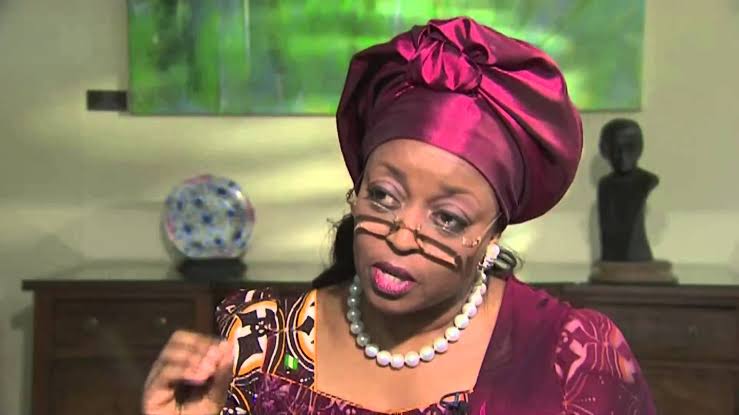 Media reports say the Economic and Financial Crimes Commission has arrested the Managing Director and CEO of Fidelity Bank Plc, Mr. Nnamdi Okonkwo, and some officials for allegedly receiving $115m from a former Minister of Petroleum Resources, Diezani Alison-Madueke.
The Punch reports that the EFCC also arrested the bank’s Head of Operations, Mr. Martins Izuogbe, for his role in the alleged scam.
According
to the report, a reliable source in the commission on Wednesday told
the Punch correspondent on condition of anonymity that during the
build-up to the 2015 presidential election, Diezani invited Okonkwo to
help her handle some cash, which would be disbursed to electoral
officials and groups.
Apparently, the fraud was
uncovered when the EFCC started investigating how INEC officials in
Rivers, Delta and Akwa Ibom states received N675.1m.

“The
MD of Fidelity Bank has been arrested and is currently in our custody.
During investigations into the INEC Resident Electoral Commissioners, we
got a major breakthrough as funds disbursed were traced to Fidelity
Bank.
“We invited the MD, who then
confessed to us that during the build-up to the presidential election,
Diezani invited him to a meeting in Abuja. Diezani told him that some
companies would deposit some funds in his bank and that she would give
him further instructions on how the funds would be disbursed.
“The
first company, Auctus Integrated, deposited $17,884,000 into the bank.
The second company, Northern Belt Gas Company, deposited $60m while
another company, Midwestern Oil and Gas, deposited $9.5m. A fourth
company, Leno Laitan Adesanya, deposited $1.85m while the MD himself
received $26m in cash,” said the detective, according to the Punch report.

The source alleged that Diezani’s son, Ugonna Madueke, later served as a middleman between the former minister and the MD of the bank for the other transactions.
He
said it was Diezani’s son who revealed the names of people who received
the funds, which included INEC officials and several interest groups as
well as election monitors.
“The MD said it
was Diezani’s son that sent him a list of beneficiaries which included
several INEC officials and election monitors across the 36 states.
Diezani specifically instructed that the funds be disbursed at least a
day or two before the elections. The total amount of money was $115m and
Diezani told the bank to convert the funds into naira, which was about
N23.3bn at the time.
“However, the
suspects told us that the volume of money was too big and they had
problems converting the funds. So, Diezani told the bank MD to use the
bank’s funds and hold on to the dollars as collateral and that after
elections, the bank could use the dollars to replace the bank funds,” said the source, according to Punch.
Alison-Madueke, who is currently battling cancer, was last year arrested by the National Crimes Agency in the United Kingdom for sundry allegations.
Attempts to speak with the Fidelity Bank spokesperson, Mr. Ejike Ndiulo, proved abortive as his telephone indicated that it was switched off, per the report.
A
senior official of the bank, who spoke with Punch Online on condition
of anonymity, said the bank would issue a statement on Thursday (today).
“We don’t have all the facts of the case yet. However, we will issue a statement on the matter on Thursday,” the official said.

music of the week

video of the week

© The Bulletin Media 2020 | All rights Reserved